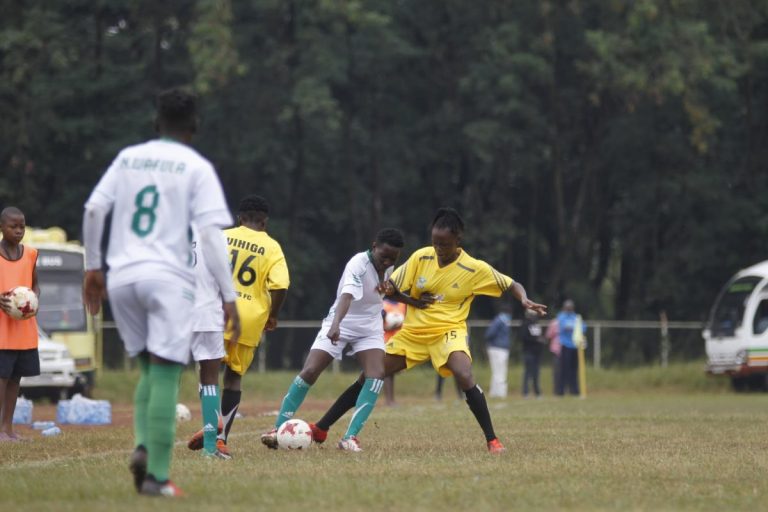 Kisumu All Starlets bagged a 5-1 win over Eldoret Falcons on Sunday, March 21, 2021, at Moi Stadium, Kisumu.

Trizah Manyala opened the scores in the 8th minute for Kisumu All Starlets with her counterpart Cynthia Atieno adding the second goal in the 29th minute. Two minutes past the 45th-minute mark, Monica Etot closed off the first half scores at 3-0.

After the breather, Ann Onguge took a penalty for Kisumu All-Stars in the 54th minute making it four.

Eldoret Falcons Noel Shilachilo managed to pull one past Kisumu All-Stars in the 82nd minute but Trizah Manyala canceled the goal with her brace in the 85th minute, sealing off the scores at 5-1.

Phoebe Owiti started off the match with her goal in the third minute giving Vihiga Queens an early lead. Topister Situma came in with the second goal in the 32nd minute.

Upon resumption, Tereza Engesha went for the third goal in the 46th minute with her counterpart netted the fourth goal for Vihiga Queens at the brink of stoppage time, selling the scores at 4-0.