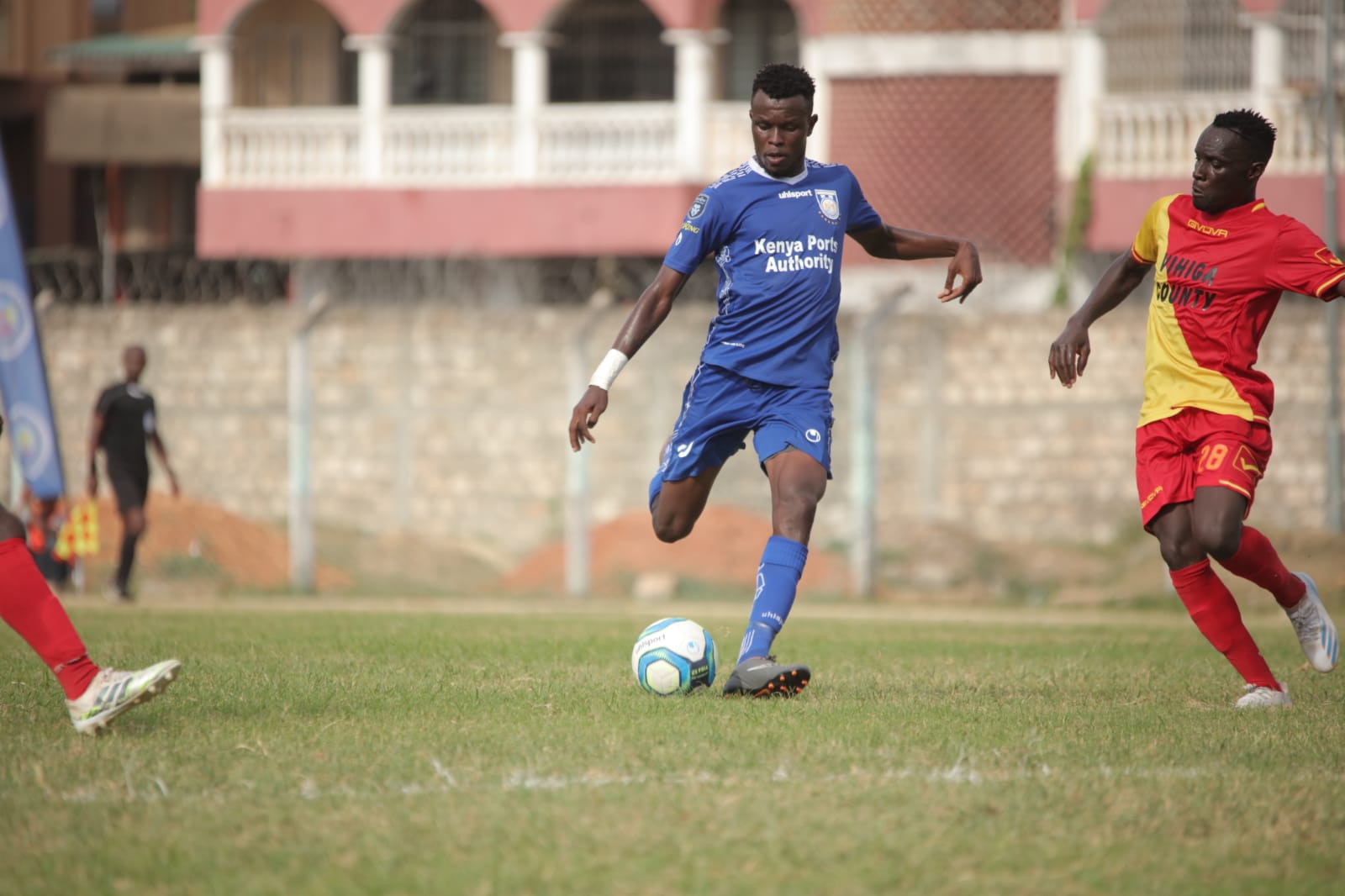 Benjamin Mosha (pictured above) scored a brace for Bandari in their 5-0 win over Vihiga Utd as Tusker youngster Henry Meja kept up his fine form, scoring the match winner at Kasarani

Action between Bandari and Vihiga/Photo/Bandari FC

Tusker stayed  top of the FKF Premier League with a 2-1 come from behind win over Nzoia Sugar at the Kasarani Annex on Tuesday afternoon.

Hillary Simiyu gave Nzoia a 48th minute lead before second half substitute Jackson Macharia leveled for Tusker in the 71st minute. Youngster Henry Meja then won it for Robert Matanos charges with an 83rd minute header to the alemen to 35 points, seven clear of second placed KCB.

Elsewhere, there was a goalfest in Mombasa as hosts Bandari plundered five unanswered goals past Vihiga United at the Mbaraki Sports Club.

Benjamin Mosha found the back of the net twice with Hamisi Abdalla, Mustafa Oduor and Darius Msagha each grabbing a goal.

The result saw Andre Casa Mbungo’s charges climb to third on the log on 22 points as Vihiga sunk to fifteenth with 9 points.