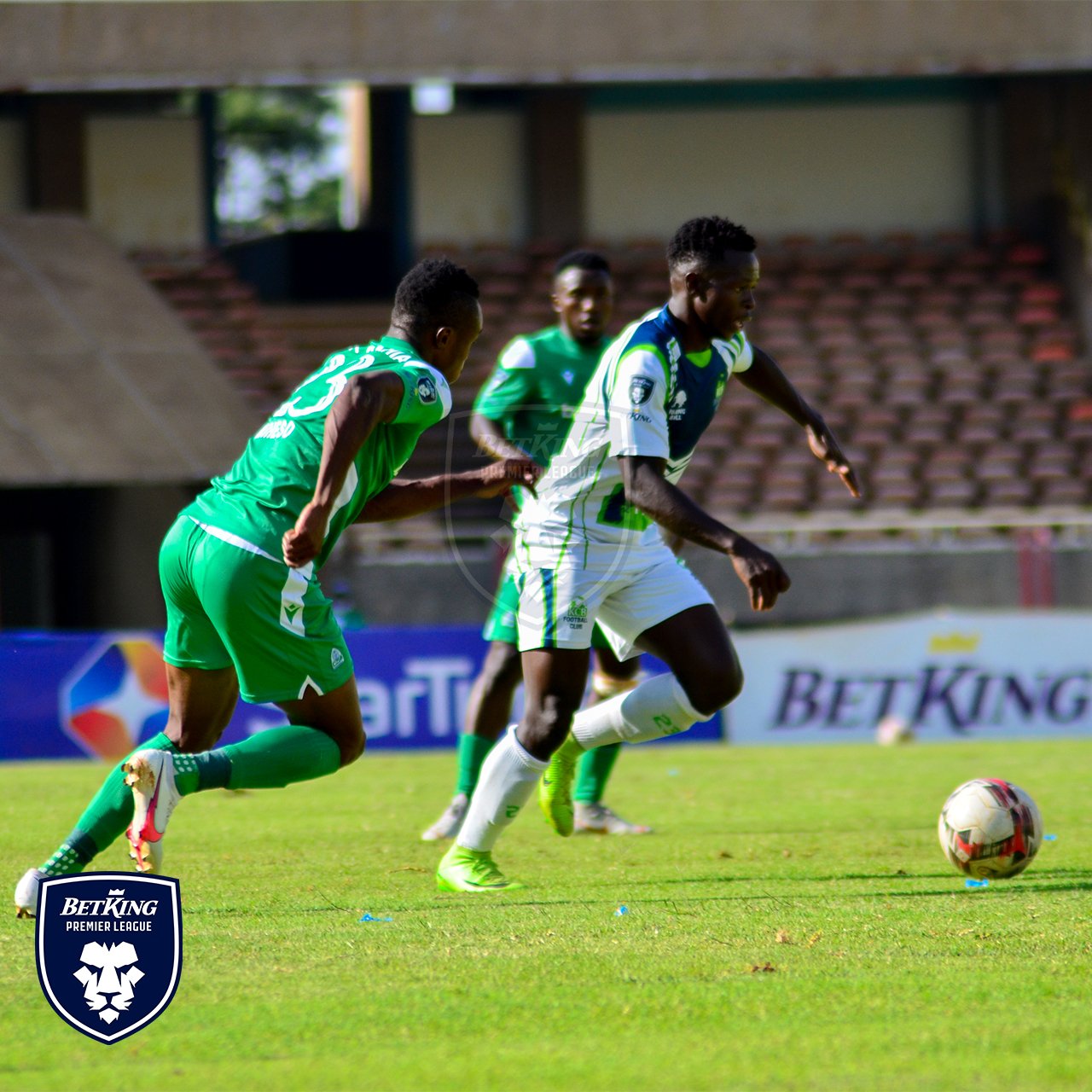 Gor Mahia and Nzoia in action at Kasarani/FKFPL

KCB returned to second place on the FKF Premier League log with a 2-0 win over defending champions Gor Mahia at the Kasarani Stadium on Sunday 7 March 2021.

The two sides were tied scoreless until the final fifteen minutes of the game when KCB scored two goals through Dennis Simiyu in the 75th minute and Victor Omondi who scored from the spot after Gor had been penalized in the 85th minute.

The results gives KCB 29 points, one more than AFC Leopards but six behind leaders Tusker.

Chris Masinza put Homeboyz ahead with a 7th minute spot kick. Sylvester Owino doubled Homeboyz lead with a goal fifteen minutes later before Tyson Otieno pulled one back for Mathare on the stroke of half time.