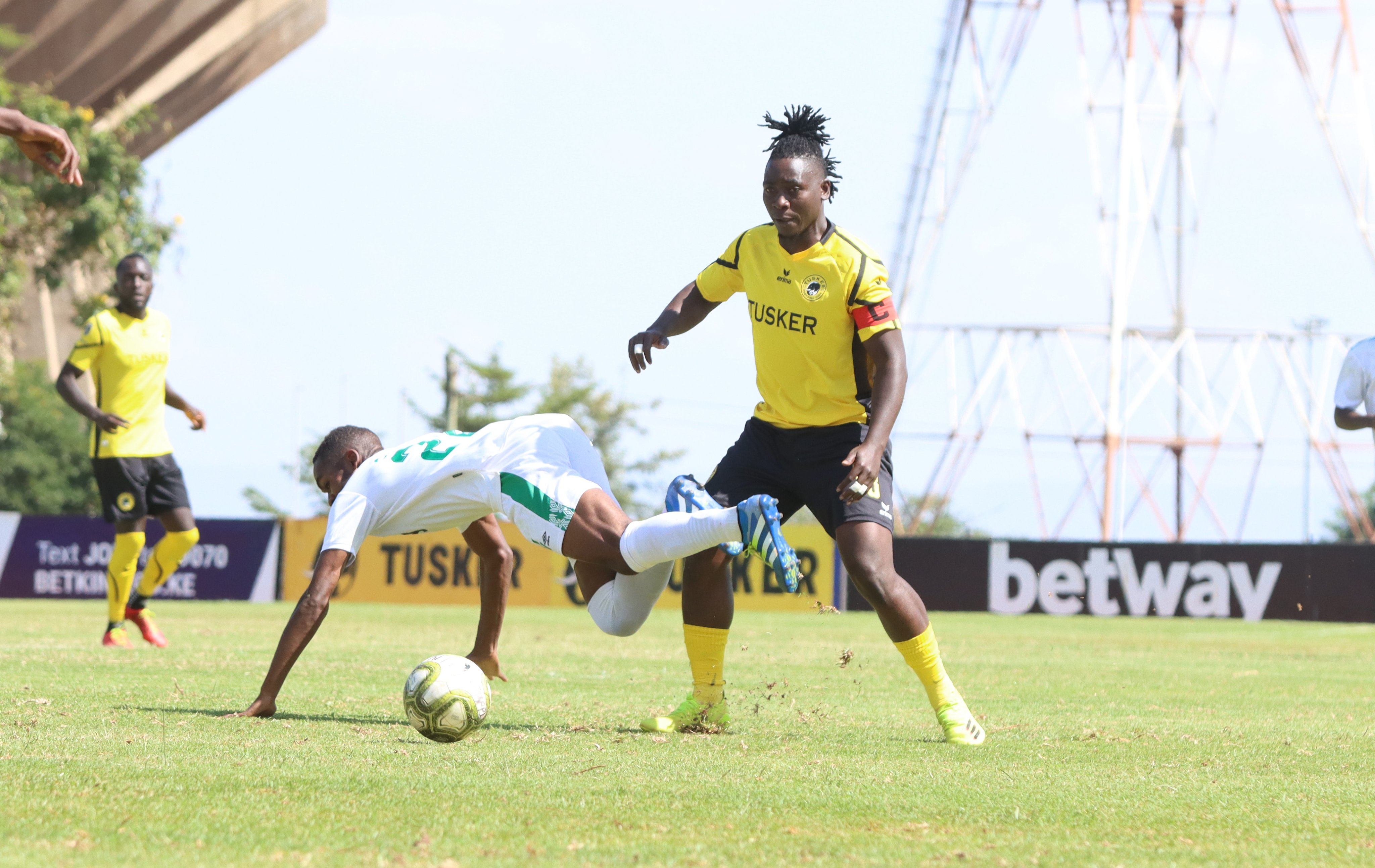 Saturday’s FKF Premier League action was rich in goals and red cards. A total of 18 goals were witnessed across the day’s four fixtures with three players seeing red as well.

Tusker moved to second after breaking Kariobangi Sharks unbeaten record in a 4-2 win in the day’s headline fixture at Kasarani on Saturday 16 January 2021.

It was the Robert Matano coached Tusker who opened the day’s proceedings through Eugene Asike’s 25th minute goal before the on-song Henry Meja doubled the brewers lead from the penalty spot five minutes later.

Eric Kapaito, the league’s leading scorer thus far inevitably got his name on the score sheet, his 33rd minute goal halving the deficit for Sharks.

Brian Marita scored for Tusker seven minutes from the interval, giving them a 3-1 lead at the breather.

Kapaito then fluffed a penalty three minutes into the second half. Meja was soon on the scoresheet, his second goal after 57 bringing the scores to 4-1 for Tusker who had seen Rogers Aloro red carded moments earlier for foul play.

Kapaito’s 63rd minute goal was not enough as Tusker held on for the win, swapping places with Sharks who dropped to third after the loss.

Bandari survived a late scare from visiting Kakamega Homeboyz, pulling off a 4-3 win at the Mbaraki Sports Club. The hosts climbed to fourth as a result of the win.

They raced into an early 2-0 courtesy of goals from Abdallah Hussein after six minutes and William Wadri two minutes later.

Bandari then lost Wadri through a red card after foul play as they took the one goal advantage into the dressing room.

Darius Msagha’s 64th minute goal saw Bandari goal 4-2 up before Elton Asiye scored late for Homeboyz, his 86th minute goal making it 4-3, too little too late for the visitors who dropped to sixteenth on the log.

Over at the Sudi Stadium in Bungoma, hosts Nzoia Sugar climbed to ninth on the log with a 2-1 win over visiting Sofapaka who dropped to eleventh. The hosts scored early goals through Lawrence Kasembeli (13th minute) and Eric Otieno (22nd minute). Lawrence Juma’s 58th minute strike was not enough for Sofapaka who also saw red when Juma was sent off in the 90th minute.

The soldiers got a share of the spoils through Oscar Wamalwa’s 31st minute goal from the penalty spot.