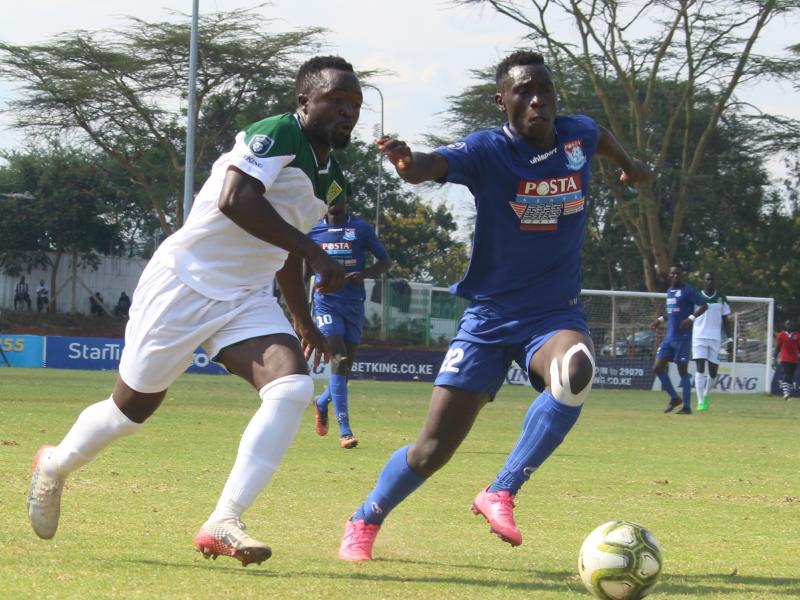 Action between Posta Rangers and Mathare

Luganji struck in the sixth minute, punishing a slip from David Okello in the Mathare goal to open the scoring.

Mathare went in pursuit of the equalizer but Khalid Jumaan was denied before Rangers struck through Kigadi.

The result saw Rangers sit 14th on the log iwth 16 points from 17 outings while 2008 champions Mathare remain entrenched in the relegation zone.