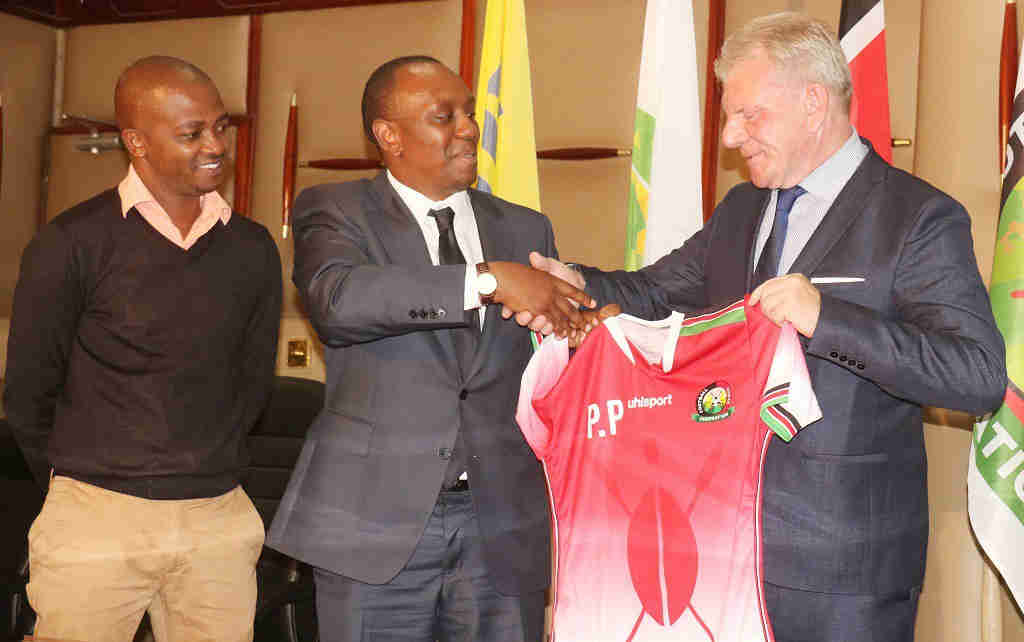 Football Kenya Federation (FKF) has come out guns blazing to discredit as falsehoods, claims made by former Harambee Stars Coach Paul Put this week in an interview with a local daily..

In a rejoinder statement, FKF has responded to all accusations levelled against them by the Belgian who left Kenya to coach Guinea after just three months in charge and regretted his  “overtures for another National coach job without any professional regard to his contract, goodwill from the federation” government, players and stakeholders”.

In the statement FKF states:

“We had honored the contract as expected of a National Federation. Equally, the federation treated his resignation with the utmost professional consideration. In our communication to stakeholders, we had cited the reasons for Mr. Put’s resignation as personal.

“However, in the exclusive interview with aforementioned newspaper, the coach has shifted the basis of his resignation to include a number of false accusations towards the government of Kenya and the National federation.

“Further, the coach also insinuates that Kenya was not ready for a professional coach but that it also lacked resources to set up ‘a professional technical bench’ capable of delivering success.

“Mr. Put’s comments are misleading and further point out to the unprofessional conduct he has adopted after his resignation.

The Federation then went on to give a clear status of the issues raised by Mr Paul Put.

On the proposal to bring in five members of the technical bench to enhance Kenya’s chances of qualifying for the 2019 World cup,  FKF claims they accepted the proposal and were waiting for the Ministry of Sports commitment to cater for the new hiring’s.

Put had also complained that he was given poor accommodation and, an uncomfortable Toyota but in their response, FKF states that they  “secured an apartment as per the coach’s specifications, employed a full time driver for him and paid a five day vacation in Mombasa for the coach and his family secure a house for the coach, assign him a car and a driver and pay”

The federation further states that they paid him promptly and indeed, had he had been paid all his dues including USD 10,000 for winning CECAFA Senior challenge Cup by the time he resigned.

FKF states federation could not heed a demand to issue him with a Kenyan passport since that is a prerogative of the government. Put has a case pending at his country of birth Belgium and therefore cannot travel there to renew his current one that was filled up.

His proposal to organize all National team friendlies through his agent,  a Mr. Abraham Sidibe at a cost of USD 30,000 per match was also quashed on the ground that  “it was deemed to be expensive and of no value since the federation had already established contacts with most Football Associations thus capable of organizing friendlies without having to pay the USD 30,000 to a match agent that is not accredited by FIFA”

Put also requested to have his salary paid in Euros and not the agreed US dollars, a proposal FKF rejected because it would mean paying more than what they had agreed.

Another request was for FKF to pay the cost for shooting a motivational video but FKF rejected because “it would be expensive to pay air tickets, accommodation and service charge to Canal France whereas Kenya has very good video production resources at a fraction of the costs”

Finally, Put had claimed that he was shocked when FKF went to the press to announce his resignation without discussing with him but FKF refutes that by saying Put gave the federation a two-week notice to resign contrary to the stipulated one month as was agreed on his contract.