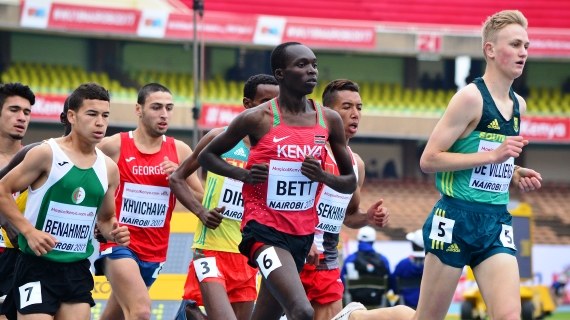 The final day of the Last edition of the IAAF World U18 Championship promises fireworks with ten events on the menu.

After the Ethiopians spoiled the home party on Saturday afternoon when they took the top two positions in the girls 1500m and boys 800m final,Kenyans fans still have a lot of medals to expect on the final day.

To start off with the hint are Lydia Jeruto LAGAT and Jackline WAMBUI who will line-up for the 800m final at 4pm.

Next on line will be the boy’s 3000m where Edward ZAKAYO and Stanley Mburu WAITHAKA will be wary of danger posed by Ethiopian Selemon Barega as they seek the ultimate glory.

On paper Leonard Kipkemoi BETT and  Cleophas Kandie MEYAN are the strong favorites for the men's 2000m steeplechase final but usual the threat from the other competitors is not to be ignored.

To wind up the championship will be the 4x400 Metres Relay mixed. Kelvin Sawe TAUTA,Gloria Mulee,David Sanayek and Mary Moraa will seek to bag gold after finishing first in the heats.