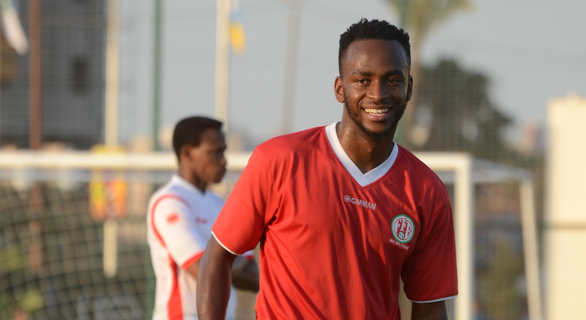 Former Stoke City forward Saido Berahino will captain the Burundian team for the 2019 African Cup of Nations taking the armband from Karim Nizigiyimana who led the team through the qualifiers. Coach Olivier Niyongabo says he was pleased with Berahino’s qualities and experience and saw it wise to make him leader of the team at their first ever appearance in the Cup of Nations.

Berahino made the decision to play for Burundi last year and played a starring role in the team’s qualification and he now says he is honored to be given the armband. Before deciding to play for Burundi, Berahino was eligible for England.

“It had been my dream from an early age to play for the country of my birth and this is a dream come true for me. To be given the armband to lead this great group of players is such an honor and I want to do my best to help the team with all the experiences I have picked from playing abroad,” Berahino stated.

He will lead the team for their opening game against Nigeria on Friday night and he hopes they can start off with victory.

“It is a tough match because definitely Nigeria are more experienced than us and we are seen as the underdogs in this group. But we love it when we are the underdogs because there is no pressure on us as no one expects anything,”

“We have a good group of players and we will go in and give our best to ensure we start well. We will take each game at a time and see what comes off it,” he added.