Europe based Stars to miss Harambee Starlets visit to Turkey 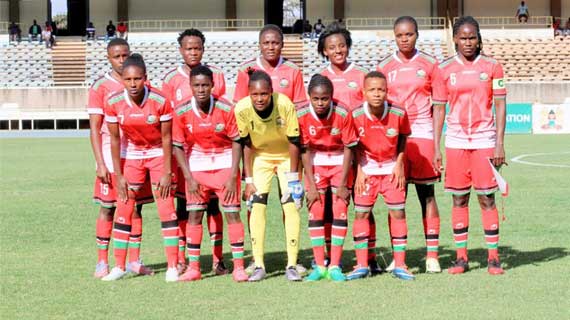 Harambee Starlets head coach David Ouma has omitted foreign based players from his provisional squad of 25 players ahead of next month’s Turkish Women’s Invitational Cup to be staged in Istanbul.

Midfielder Corazone Aquino (Atletico Ouriense, Portugal) and the duo of Annedy Kundu and Ruth Ingotsi (Lakatamia FC, Cyprus) who just recently inked their new deals have been omitted, with the tactician said to have let them concentrate on sealing spots at their new addresses.

Esse Akida who also recently sealed a move to Turkish side Besiktas has also not been considered for the tournament.

Meanwhile, Ouma has included 17-year old Jane Njeri in his final team. Njeri who turns out for Nyahururu based Falling Waters helped the team clinch the Central region Chapa Dimba na Safaricom title and was the top scorer as well.

She was also part of the Chapa Dimba All Star team that went to Spain for a training camp last year.

The Turkish Cup scheduled for March 2-11 will be vital for Starlets as it will help them prepare for the African Women’s Cup of Nations (AWCON) qualifiers. Kenya starts her qualification campaign against neighbors Tanzania with CAF yet to set dates.

Starlets will hit camp on Monday for a week-long training camp before departing for the tournament on March 1.