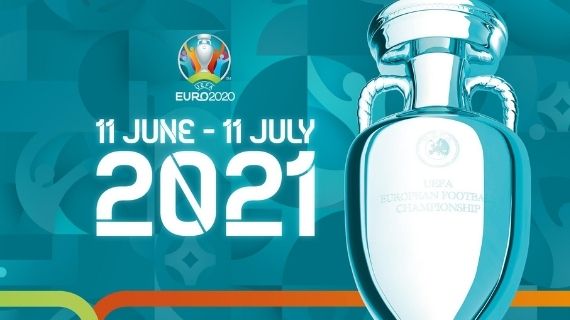 Coach: Şenol Güneş
A six-time title-winning goalkeeper for Trabzonspor and Turkey, Güneş coached his country to third place at their only recent World Cup in 2002. He won two championships in charge of Beşiktaş, prior to reprising his Turkey role in 2019.

Key player: Burak Yılmaz
The team's elder statesman at 35, and Güneş's first-choice striker. Turkey's second-highest international scorer has managed a goal every two games throughout his career, and is still banging them in at newly crowned French champions LOSC Lille.﻿

One to watch: Hakan Çalhanoğlu
With great technique, long-range shooting ability and knuckleball expertise, the 27-year-old is a playmaker that produces. Playing some of the best football of his career, the No10 notched four goals and ten assists for AC Milan in Serie A this season.

Did you know?
Turkey have qualified for five of the last seven Euros, having made it to the finals for the first time in 1996.

Coach: Roberto Mancini
One of the best forward players of his generation, though never that lucky with the Azzurri, Mancini is eager to sparkle as an international coach after winning club trophies in Italy, England and Turkey.

Key player: Nicolò Barella
The box-to-box midfielder holds the key to Mancini's formation. Sardinian-born and now a key part of Inter's Serie A winning side, the 24-year-old really is the full package, bringing tackling, technique, lots of energy and dangerous, well-timed runs into the opposition box.

One to watch: Federico Chiesa
Older readers will remember the name Chiesa from his father, a star of the much-vaunted Parma side of the late 1990s. Born during that period, Federico has had a stellar first season with Juventus, including netting the winner in the Coppa Italia final. The big stage won't faze him and he could shine for his country.

Did you know?
Italy's flawless  qualifying campaign ended with a 9-1 win against Armenia in Palermo. It was their national-record 11th straight victory, and gave them ten wins in a calendar year for the first time. One more goal and it would also have matched their biggest victory ever: 9-0 against the United States in 1948.

Coach: Robert Page
A former defender who represented a number of clubs including Watford, Sheffield United and Coventry as well as winning 41 caps for Wales, Page started his managerial career with spells at Port Vale and Northampton Town before. He joined the international set-up as Under-21s coach before becoming assistant to the senior side and then taking the top job on a caretaker basis.

Key player: Gareth Bale
Due to turn 32 ﻿this summer, Bale remains the talisman and is Wales' all-time record marksman. A huge influence on and off the field, he has scored crucial goals throughout his international career since debuting in 2006.

One to watch: Ethan Ampadu
Still only 20, Ampadu's ability to play in both defence and midfield has enabled him to establish himself for Wales. Comfortable on the ball, Ampadu can play out from deep positions and is a solid presence at the back when not in possession.

Did you know?
Founded in 1876, the Football Association of Wales is the third-oldest national association in world football, behind England (1863) and Scotland (1873).

Coach: Vladimir Petković
Sarajevo-born, Petković has called Switzerland home since 1997 and took the national-team helm in 2014. The Swiss have not failed to reach a major finals since.

Key player: Granit Xhaka
A tough tackler with excellent vision, Xhaka is the glue that binds this Switzerland side together. The fact Switzerland surrendered a 3-0 lead against Denmark after his 79th-minute substitution to draw a March 2019 qualifier, tells you a lot.

One to watch: Breel Embolo
Forward Embolo got a fresh start at Borussia Mönchengladbach in 2019 after overcoming a spate of injuries. Powerful, versatile and blessed with great pace, the 24-year-old is a handful.

Did you know?
Switzerland have successfully negotiated every group stage under Petković but are yet to win a knockout match: at the 2014 and 2018 World Cups, EURO 2016 and the UEFA Nations League.

Key player: Christian Eriksen
With more than 100 caps in the bag, the 29-year-old is among the world's best attacking midfielders, a technical player who makes Denmark tick.

One to watch: Andreas Skov Olsen
The Bologna striker has struck three goals and provided four assists in 179 minutes for Denmark spread over five appearances.

Did you know?
Denmark failed to qualify for EURO '92 but were drafted in ten days before it started after Yugoslavia were excluded.

Coach: Markku Kanerva
A five-time Finnish champion with HJK, Kanerva spent 12 years with the Under-21 national team and as assistant to the senior side before taking the reins in 2016.

Key player: Teemu Pukki
Long earmarked as a player of great goalscoring talent, Pukki has found another gear since signing for Norwich in 2018. His goals have powered Finland's recent success.

One to watch: Fredrik Jensen
The 23-year-old Augsburg winger has hit the ground running with the senior national team, developing a happy knack of chipping in with goals.

Did you know?
Prior to Finland's qualification for 2020, some 33 of UEFA's 55 national association members had previously graced a EURO finals.

Coach: Roberto Martínez
A Spanish midfielder who carved out a niche in English football, Martínez has been in charge of Belgium since 2016.

One to watch: Youri Tielemans
A relatively youthful 24 in a side packed with established talent, Leicester's versatile midfielder has a venomous shot from distance – as he proved in the 2021 FA Cup final – not to mention great distribution.

Did you know?
The Red Devils are the world's top national team according to the current FIFA rankings.

Coach: Stanislav Cherchesov
The former Spartak Moskva and Russia goalkeeper took charge in summer 2016 and, after two years of mixed friendly results, steered the hosts to the quarter-finals of the 2018 World Cup.

One to watch: Aleksandr Sobolev
The 24-year-old won his first cap – and scored his first senior international goal – in a 2-1 friendly defeat by Sweden in October 2020. With Dzyuba now 32, the tall Spartak Moskva striker is seen by many as his natural successor.

Did you know?
Russia have not won in five EURO finals games; their last victory was a 4-1 demolition of Czech Republic in their UEFA EURO 2012 opener.