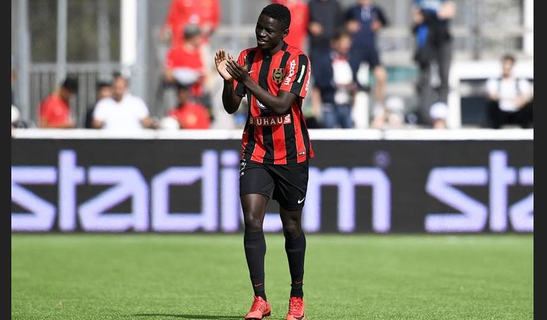 After being voted the April IF Brommapojkarna player of the month last week, Kenyan international followed the accolade with a goal for his team that secured the three points at home against  former Micheal Olunga's club Djurgården.

As Johanna was rocking the midfield, another Kenyan international  David "Cheche" Ochieng was marshalling the defense.

The three points from the second win in the league this season helped Brommapojkarna move to a safer 12th spot in the Allsvenskan Table Standings.

Last week Eric Omondi garnered 33% of total votes cast to emerge the player of the month winner. Tim Söderström was second on 28%, Nikola Petric third with 24% while the fourth nominee Fritiof Björkén got 15% of the votes.

The Kenyan made his debut in the Swedish top league, the Allsvenskan, on Monday 9th April as his club Brommapojkarna beat Häcken 2-0 at the Grimsta IP stadium in Stockholm. He provided the first assist to the goal scored by Bajram Ajeti in the 19th minute to give Brommapojkarnaa 1-0 half time lead.