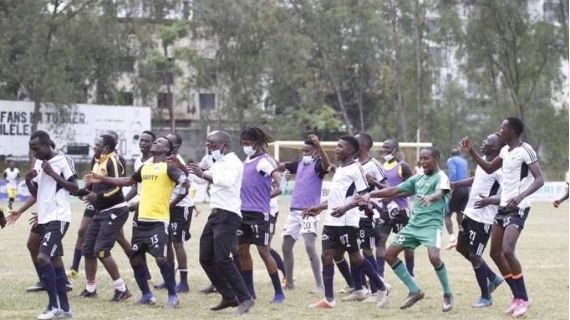 The two sides will face off in the semis.

Equity celebrate their victory over Bandari/Photo/FKF

Equity Bank pulled off an upset in Wednesday's FKF Cup action, knocking out defending champions Bandari with a 1-0 result at Ruaraka. Sande Katumba scroed the all important goal in the 57th minute.

The two sides will face off in the semis.