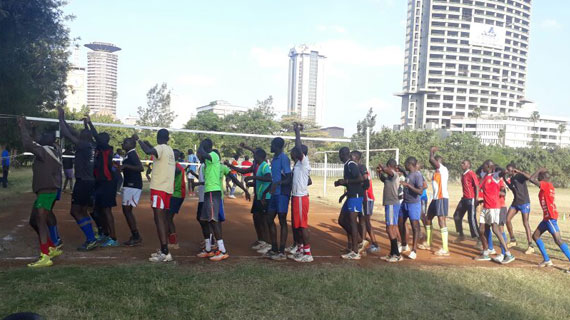 Equity Bank could become the newest sponsor of a local club competing in the Kenya National Volleyball League.

The Bank has already announced plans to set up a team and has been conducting trials in Nairobi in a bid to set up a formidable side ahead of their debut in the national league if their inclusion in the league is ratified by KVF.

Players from all parts of the country turned out for the team’s trials that conclude at the end of this week.

Once approved and set up, the volleyball team could join the Equity Hawks Basketball team that has become a formidable side in the national basketball league.