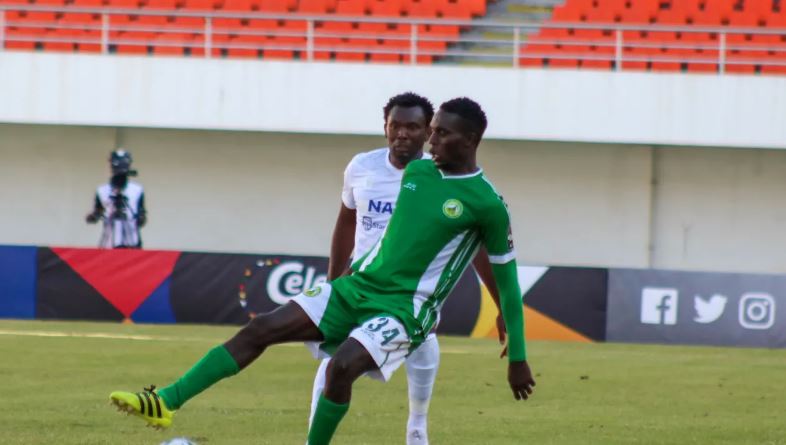 Nigeria’s Enyimba and Cameroon’s Coton sport took the lead of their respective groups in the 2020-21 CAF Confederation Cup, while Zambia's Nkana had their first win of the campaign on Sunday afternoon, as Matchday 3 kicked off.

Two-time African champions Enyimba defeated Algeria’s ES Setif 2-1 in Aba, to go top of Group A on six points, while Setif – who are themselves two-time former African champions – remained rock bottom on a lone point.

The Algerian visitors opened the scoring after 13 minutes vis Monsef Bakrar after a collective teamwork. The 20-years-old striker gave Setif the lead and hope to get something from Aba back home.

But Enyimba managed to restore parity five minutes from halftime, when Oladepo made amends for his earlier miss to send both teams to the break level on 1-1.

After the break, Enyimba increased their pace, and managed to take the lead on the hour mark via Tosin Omoyele, who made the best of Emmanuel Iwuala’s pass.

Meanwhile in Lusaka, Zambia’s NAPSA Stars, home to Kenyan defender David Owino, fell at home to visitors Coton Sport 1-0, as the Cameroonians went top of Group B on six points, five more than their Zambian hosts who remained fourth.

In Group D, Zambia’s Nkana had their first win of the campaign, winning 1-0 away against Tanzania’s Namungo.

Nkana waited till the 69th minute to score the game’s lone goal through Diamond Chikwekwe, to grab their first points of the campaign after back-to-back defeats.

The hosts were the better side in term of ball possession, yet could not manage to beat Nkana’s defense led by goalkeeper Talbert Shumba. Nkana raised their tally to three points to lie third in Group D behind joint leaders Raja of Morocco and Pyramids of Egypt who lock horns later in Casablanca. Namungo remained bottom pointless.