Drivers out for exciting weekend at Nairobi's Waterfront 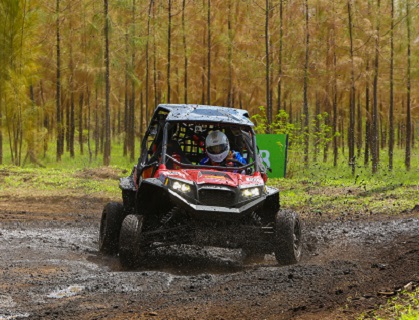 Nairobi County’s new racetrack at Waterfront Mall will be the venue for this weekend's KCB Autocross  Round 2.

Having made aggressive additions to their championship roster, Izmir now boasts of desirable prowess with youngster Azaad Manji, his brother Zuber and Lovejyot Singh in the mix.

Lovejyot launched a double championship assault at Jamhuri’s season opener behind the wheels of an Attacker 1 Buggy and a Subaru N10. Having already eclipsed former champion Rehan Shah in 4WD turbo, Lovejyot hopes to end the 2020 season on a high.

“I will be in the same cars in the same classes. I need to check up the 2WD Turbo buggy after the first round. I have replaced the turbo on the buggy and I am very excited about the new venue at Waterfront Mall. Simba Club always comes up with exciting new tracks,” said Lovejyot.

The Mughals are set to make a resurgence for round 2 after skipping the first race.

Team Decko Racing & Safaricom Home Fibre has defending Bambino  Class Champion Yuvraj Rajput “Yuvi” in a Magi Bug 500cc, Kiana Rajput in a “Pee Wee” Polaris 170cc and lead driver Kirit Rajput who will be piloting a Subaru GC8. Kirit will be angling at scoring valuable points towards the championship after a winning start at Jamhuri.

Like Kirit, former KNRC 2WD contender Sam Karangatha will return in the 2WD Non-Turbo Car class hoping to make it two out of two.

“Organizers have planned a new venue at the Waterfront Mall in Karen which is very exciting. It should be an interesting challenge as we don't know what type of track conditions to expect. We'll nevertheless take a cautious approach and build on that with each heat, and hopefully aim for a podium. It should be an exciting day out as it's an accessible venue and that many are bound to turn up. I’m looking forward to it and can’t wait to attack,” said Karangatha..

Studio A-Z Racing ace driver Zameer Verjee who posted the Fastest Overall Time of the Day on the last meeting will renew his rivalry with Sarry Mughal of Izmir in what is anticipated to be a scintillating war for Two Drive Non-Turbo points. Whatever’s up the sleeves of the drivers will be known this weekend after the practice lap which will precede official four heats.

The best of three will, however, count towards final classification with the Fastest Time of The Day (FTD() at every heat culminating into two bonus championship points.