Draw with Mathare a blow to our title hopes, says Baraza 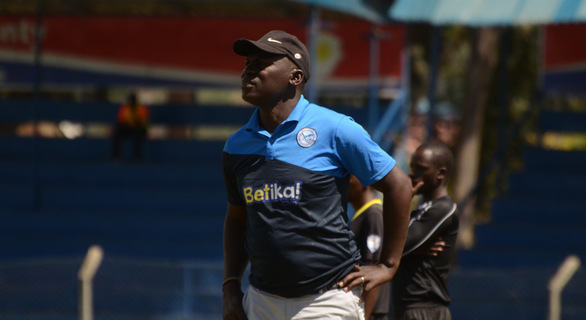 Sofapaka coach John Baraza has admitted Sunday’s 2-2 draw with Mathare United has handed a huge blow to their title ambitions with the result leaving them six points behind leaders Gor Mahia. The result means that Gor can go nine points clear with a match at hand if they beat Ulinzi Stars this afternoon.

Baraza believes it is now a hard task catching up with the leaders but he believes they should get their act together to make the most of any slip ups by the leaders.

“At the moment it is a blow because anything less than three points is a blow. We are in a catch-up situation and every game counts,” Baraza said with huge disappointment.

The tactician wrapped up his defense for seeing their lead twice cut out in similar fashion by Mathare. He says had they defended better, they would have walked home with maximum points from the tie.

“The defense let the other guys down. The mistakes they did were just about concentration and knowing where to mark and where to run. The defense was not up to task. We now have to go back and work on the defense to ensure we are ready for the next match,” stated the coach.

Sofapaka face Posta Rangers next in Machakos on Wednesday and another loss will all but surely burry their title ambitions.