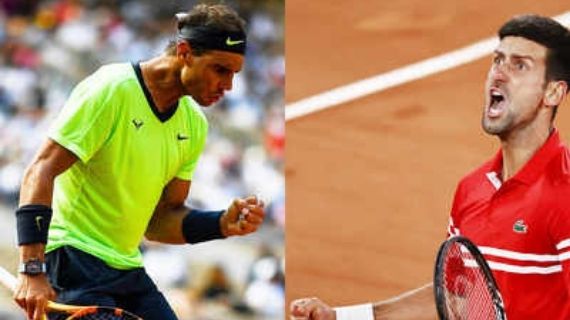 Novak Djokovic set up a 58th meeting with Rafael Nadal on Wednesday when he reached his 40th Grand Slam semi-final at the French Open despite being held up by 5,000 fans needing to be evacuated to conform with a Covid-19 curfew.