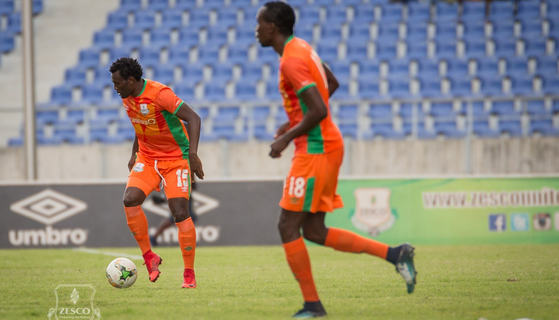 Kenyan international David "Calabar" Owino scored a goal but it was not enough for Zesco United to collect all three points against eSwati side Mbabane Swallows  in a CAF Champions League Group D match played at the Levy Mwanawas Stadium on 5th May, 2018.

David "Calabar" Owino dodged his markers to head a corner ball to the net in the 65th minute and hand Zesco United the lead but a defensive mistake allowed Mbabane Swallows equalize through Simanga Shongwe in the 80th miniue for a 1-1 scoreline.

It was a good outing for the Kenyans in the team as Jesse Were and Anthony Okuu featured the entired game. Calabar also scored the winner in similar fashion against Zanaco FC a week ago in the  Zambian Premier League

Kenyan referee Aden Marwa was an assistant referee during the Zesco United vs Mbabane Swallows match.

Zesco United face the North African side  Etoile du Sahel on 16th May in the next CAF Champions League match.