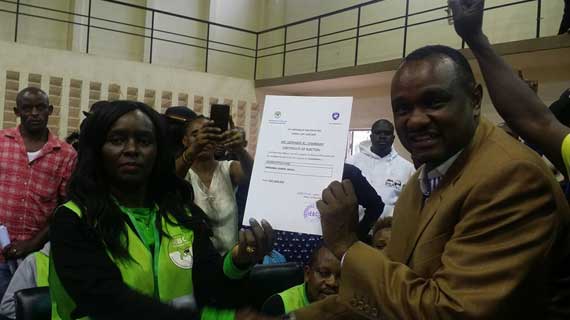 Shikanda garnered 457 votes to beat Bernard Musundi with a comfortable margin  in an election held during the club's AGM at Kasarani in Nairobi.

Shikanda has pledged to support the club back to its glory days as he starts a new journey for the once feared AFC Leopards.

Oliver Shikuku was at the same time elected to serve as the club's secretary General while Maurice Chichi will be the new club Treasurer.

Also speaking after  the final tally at Kasarani on Sunday , Robert Situma who was eyeing the Secretary General post lauded the process and congratulated all those who were elected,

"Friends I accept the verdict by the AFC leopards members during the Annual General Meeting held today at Kasarani where they elected my brother Oliver Sikuku as the new Secretary General of our club for the next 3 years . I want also to wish well the new chairman Mr. Dan Shikanda and Tresh Maurice Chichi. For those who supported and voted for me a big thank you, let's support the new office. Thank you and God bless you "