Core values at the heart of Simbas World Cup ambitions 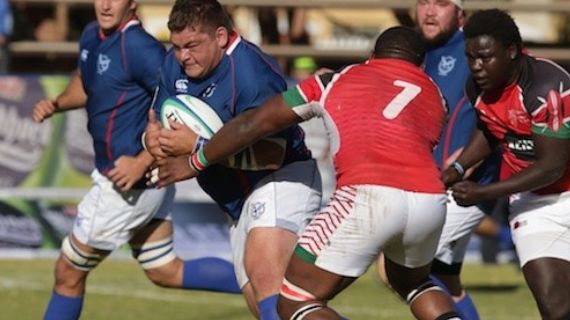 Past action between Kenya and Namibia

  Kenya head coach Paul Odera has created a core set of values that he hopes can help the team qualify for a first Rugby World Cup.

Last month, Odera took the first step on the long road that could lead the Simbas to France when he named a bumper 102-man training squad to continue preparations for their opening RWC 2023 qualifiers in July.

COVID restrictions mean that the players will initially meet virtually, but once the squad has been trimmed to a group of 50 and then 30, there are plans to hold a training camp in Stellenbosch, South Africa in June.

At the heart of Odera’s work is a mission statement, which has been shared with the players, to “transform our country and rugby through leadership and our identity; inspiring pride and love for the people of Kenya”.

The former Kenya U20 coach has also provided the squad with a set of core values — protection, respect, honesty, perseverance, leadership and warrior-ship — he believes can assist the Simbas in their quest to reach France 2023. “Making the World Cup in France is something much bigger than just rugby for us,”