Coasting Gor blows opposition away but will they attain Invincibility? 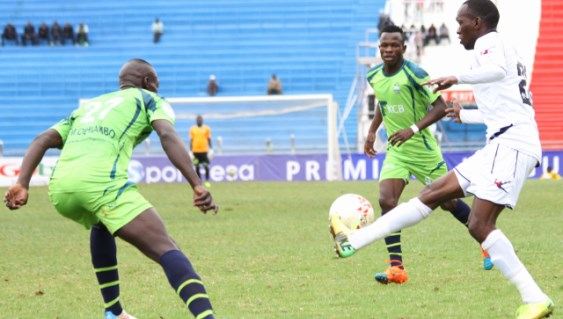 Coasting Gor blows opposition away but will they attain Invincibility?

There is no gainsaying that glamour club Gor Mahia is the team of the moment. The Kenyan Premier League giants and back –to- back champions have made football look easy.

In recent weeks and months, the side that was until five years ago struggling to define its own niche of football is today a marvel to watch.

For those who followed the team’s stormy run in the Cecafa Club Championship, where they came agonizingly lose to bagging the coveted gong for the first time in three decades, the Sunday 6-1 hiding they gave KCB did not come as a surprise but it instead reinforced the believe held by many that K’Ogalo is the team of the moment, just in the domestic league but Eat Africa as a whole.

While it is no brainer that Gor currently operates in its’ own class, football wise; guided by the sheer tactical shrewdness of coach Frank Nuttall, it is the chemistry that the players have forged on the pitch that has left many of their fans and critics alike in amazement.

The depth on their bench is not just food for thought, and so is the array of defensive materials. On Sunday, Gor rolled KCB, in and out. Rightly so, in each department they played with sheer dedication. The volume of gas within their rank and file simply mind blowing.

For observes, Victor ‘Ali’ Abondo had been touted as the glue in midfield–the dead ball specialist personified .But now, owing to his rough patch, the exciting Innocent Wafula has risen to the occasion claiming the position and going by his displays, he is keen to run away with it.

This remains a subject of debate within the club corridors but one thing is for certain; K’Ogalo is coasting.

Eight points clear at the summit of the log on 49 points and three games to spare – is in itself a manifestation of their class while at the same time – an indictment to their competitors who are not offering any formidable challenge.

Even to their critics, Gor’s brand of football at the moment is simply tantalizing. While it’s far gone conclusion that they will claim the league title for a third straight year, circumstances permitting, and the debate will continue to be centred as to whether they can attain ‘invincibility’.

That remains a topic for another day, but for now, give it to them Gor has the semblance of a compete team.