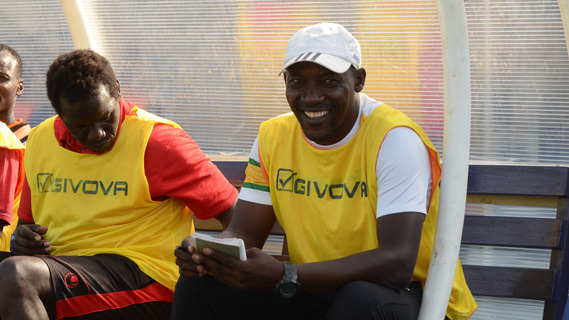 Posta Rangers head coach John Kamau says he does not have an ounce of a doubt that his side will avoid the chop at the end of the campaign despite dangling dangerously close to the red zone. Rangers are placed 15th in the log with 25 points, four ahead of the play-off spot and five away from the automatic slots.

With seven matches remaining, the mailmen can find themselves in a familiar situation like last season, but Kamau who joined them when the season had already started believes they will not find themselves fighting the chop.

“As a coach, as John Kamau, I am not worried about relegation. I know my potential as a coach and the potential of the team and I am certain we can play better and improve. I have no doubt in my mind that we will be in the league next season,” the tactician noted.

Posta has lost twice and won a similar number over their last five games, but it is their hot and cold form that is giving Kamau more reason for concern. He was especially incensed after his side lost 3-2 to Sofapaka in midweek.

They had to come from three goals down but their comeback only lasted for two goals. Kamau said his defense was in shambles and lacked discipline thus the loss and this is the point at which he has called for improvement.

The team will take on red hot Bandari at the Kenyatta Stadium in Machakos on Sunday where they will be hunting for maximum points. A loss coupled with a win by 16th placed Vihiga United who play at home against Chemelil Sugar on Saturday will complicate their survival journey.