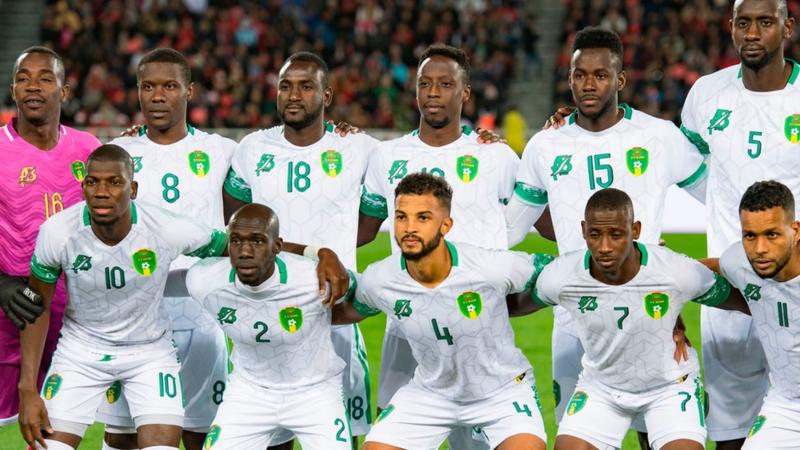 Cape Verde, Guinea-Bissau, Mauritania and Ethiopia confirmed their places at next year's Africa Cup of Nations finals in Cameroon, following the final round of qualification matches on Tuesday.

Mauritania had never qualified for the finals before 2019, but now have made two in a row

Cape Verde needed only a draw away to Mozambique in Maputo to prevent their hosts from qualifying from Group F, but Faisal Bangal's own goal handed the visitors a 1-0 win.

In the same group, Nations Cup hosts Cameroon - who qualify automatically - were held to a 0-0 draw at home by Rwanda.

Guinea-Bissau qualified for their third successive finals thanks to a convincing 3-0 win over Congo in Bissau's 24 September stadium.

Piqueti scored the first for Guinea-Bissau in injury time at the end of the first half. Congo knew they could qualify only if they won, but instead their hopes were completely dashed when Alexandre Mendy netted a second on 73 minutes.

Jorginho rounded things off with the third for Guinea-Bissau on 80 minutes.

Meanwhile Mauritania won 1-0 in the Central African Republic in Banjul in Group E, which means that Burundi cannot catch them whatever happens in their game against Morocco later.

And a 0-0 draw between Madagascar and Niger meant that Ethiopia went through from Group K, despite having been 3-1 down to Ivory Coast when the match was abandoned on 80 minutes after referee Charles Bulu collapsed on the pitch.

Bulu was immediately taken to hospital after receiving treatment.

Bulu had replaced the original referee for the game, who had not arrived for the kick-off. The appointment replacement for Bulu turned out to be Ivorian himself, and therefore could not take over, and the game was abandoned.

In Group I, a late equaliser for Senegal prevented Eswatini from wrapping up their campaign with a surprise win, the game finishing 1-1.

But one place remains to be filled after Benin refused to play their decisive qualifier in Sierra Leone after local authorities declared at least five of their players to be Covid-19 positive.

Benin's players initially would not leave the team bus after being told the players who had tested positive were ineligible for the crucial Group L match in Freetown where Sierra Leone needed to win while Benin required only a draw for a place in next January's finals.

Benin's federation called the situation "a shame for African football" and said it was a "tense situation".

There was no immediate response from the Confederation of African Football.