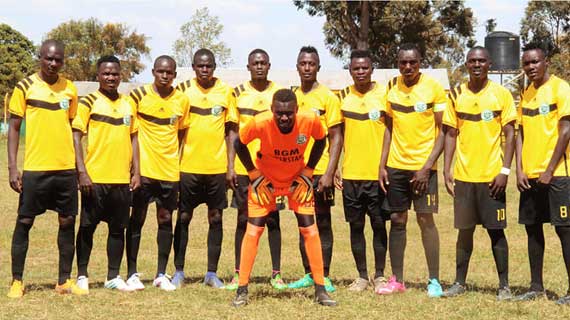 Bungoma based SuperStar on Sunday edged KPL side AFC Leopards to qualify to the quarter finals of the FKF Shield Cup.

Bungoma based SuperStars on Saturday beat Kenyan Premier League side AFC Leopards to qualify to the next round of the FKF Shield Cup.

The side that eliminated Sofapaka  in the opening round  held nerves to defeat the seasoned Ingwe 4-3 in post match penalties after the two sides played to a  1-1 draw  in regulation time at the Bukhungu stadium in Kakamega .

Bungoma Superstars now join KCB,SS Assad from Mombasa, Bidco United  and Congo Boys among those that have qualified for the quarter finals, this being the first time for the  team that trains at the Kanduyi stadium.

KCB on Saturday humbled Vihiga Sportif 4-0 in Machakos to qualify.