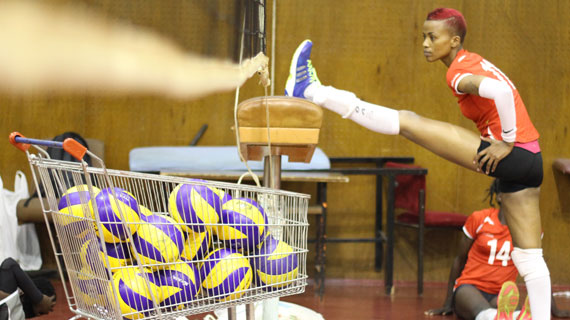 Former Africa champions Kenya Pipeline were on Friday afternoon pooled in an unpredictable pool 'C' ahead of the women's Africa Volleyball Club Championships that serve off on Saturday in Cairo, Egypt.

Pipeline who have won the continental title six times with their last being in 2005 are pitted against teams from emerging volleyball empires and one from the host country.

Coached by former Kenya international Margaret Indakala, the girls will first have to shake off opposition from Shooting (Egypt), Revenue (Rwanda) and FAP from Cameroon in the preliminaries to keep their campaign to end a 13-year trophy drought alive. Pipeline won the Africa Club Championships accolades in 1995, 1998, 2001, 2002, 2004 and 2005.

The third Kenyan outfit in Cairo looking for a second continental honour is Kenya Commercial Bank who have been drawn in pool 'B' alongside 2017 holders Carthage (Tunisia), Sporting of Egypt, DGSP and from Congo Brazzavile. KCB are the 2006 winners of the Championships.

Prisons is the only Kenya club to win gold at the event in the last 10 years with four, equaling Egypt's Al Ahly in the said period. In addition to their 2008 title, Prisons made history as the second club in Africa to win four back-to-back trophies between 2010 and 2013. Club Africain of Tunisia was the first with four consecutive gold medal wins from the inaugural edition in 1986 through to 1989 before going under.