Baraza not giving up on KPL title chase 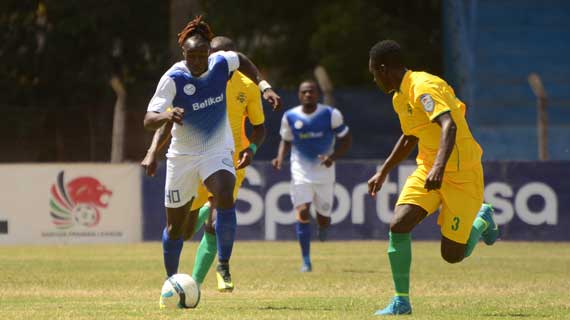 Sofapaka coach John Baraza says his team is still in the race for the KPL Title this season and that they will fight to the last match.

Sofapaka FC boss John Baraza says the team will not give up on their chase for the 2018/2019 Kenyan Premier League title despite holders Gor Mahia having an advantage over them. Gor beat Bandari FC 1-0 on Tuesday evening to move one point above Sofapaka to the top of the standings.

The defending champions still have three games at hand and despite this fact, Sofapaka tactician John Baraza believes they are still in it.

“We will still fight to the end. What you have in your hands is what is yours. Yes Gor have a lot of games at hand but you can only count them after they win. If they do, then they have an advantage. But they have to sweat it out on the pitch,” Baraza noted.

Batoto ba Mungu won 1-0 against Sony Sugar in Awendo over the weekend to bounce back to winning ways after last week’s draw against kariobangi Sharks and Baraza believes they can continue the winning run to keep Gor under pressure.

“The games are coming in thick and fast and we need to ensure we keep our run going. There is no short cut. It is tough for us but I also believe it is tough for Gor. We will fight to the end,” the tactician stated.

Sofapaka will next  face Mathare United in Machakos on Sunday.