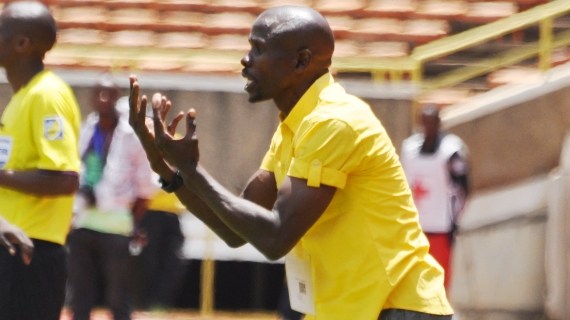 Chemelil Sugar coach Francis Baraza is confident he can guide the sugar millers off the relegation zone and has put a minimum target of picking three wins off the remaining six games of the season. Chemelil have lost three matches on the trot dropping to 16th in the standings and face the danger of playing the relegation and promotion play/off.

“I am confident that we can manage to move up the standings because the difference between us and safety is just two points. From the remaining six games, I only want three wins and probably a draw or two from the other three and I will be safe,” the tactician said.

Baraza re-joined the side in mid season after leaving Tusker FC and he was handed the tough task of rebuilding the team following massive exits in the mid season transfer window.

“We lost a total of 17 players in June and we brought 17 new ones most of who are young and don’t have Premier League experience. It is tough but at least they are improving and have that determination to get results and remain in the league,” the coach said.

Chemelil face Mathare United at their Chemelil Complex on Saturday, a match that will be key in their plan to remain in top flight. Another loss will be detrimental to their hopes but they have been boosted with the return of Francis Ochollah and Justin Monda who had been out with injury.

“Mathare is a very tough team to play against because they have a good coach and good players. They have experience and I think that’s where they stand a good chance against us. But having Monda and Ochollah back is a huge reprieve because of the experience they carry. We will fight to get all points at home,” noted the tactician.

After Mathare, Chemelil travel away fore the sugar belt derby against Sony, then a possible life and death game against fellow strugglers Thika United. They will then play Kakamega Homboyz at home before completing the season away to Kariobangi Sharks.