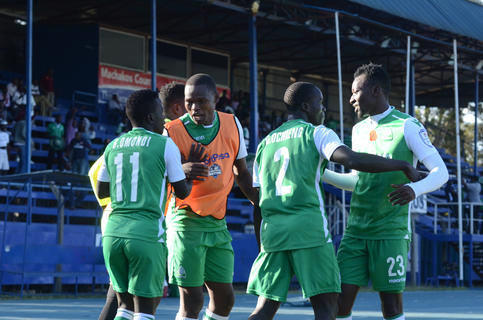 Gor Mahia’s hopes of clinching a domestic double were quashed on Wednesday evening after losing 5-4 on post match penalties to Bandari in the second round of the Football Kenya Federation Shield. Samuel Onyango saw his penalty saved by Faruk Shikhalo as the dockers progressed to the quarter finals.

Dennis Oliech scored Gor Mahia’s equalizer 14 minutes from time after William Wadri had given the dockers the lead to force the game into penalties.

This is the second consecutive time that Bandari have eliminated Gor. In 2017, they also eliminated the former champions on penalties at the Thika Stadium. Gor has not had luck in the domestic cup having last won the Shield in 2012.

Bandari who are looking to clinch their second Shield title were bright starters especially having been boosted by back to back league wins. They had an early chance with Dan Agade’s shot from distance being smothered away by keeper Fredrick Odhiambo.

In the second half, they earned the lead 11 minutes in when Wadri headed home a cross at the edge of the six yard box. Gor however restored parity 14 minutes to time when Oliech fed off the scraps after Boniface Omondi’s shot was saved with the lurking Oliech tapping home the rebound.

Bandari held on some late pressure to force the game to penalties and win.