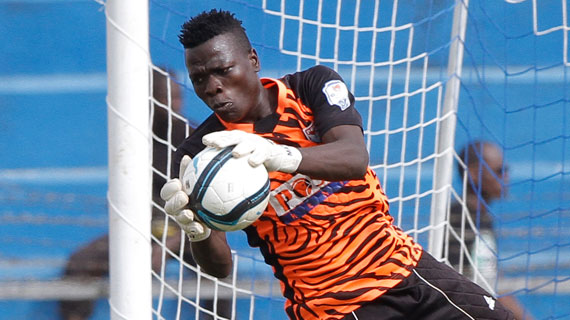 Defender Jockins Atudo and goalkeeper Patrick Matasi are expected to make a start on Sunday afternoon when Posta Rangers take on Kariobangi Sharks in a league fixture at the Camp Toyoyo Ground.

The two have been away on international duty and the mailmen have struggled in their absence. Now, head coach Sammy Omollo is elated that he will have two of his best players back as they look to bounce back to winning ways.

“Atudo and Matasi are an integral part of this team and I am really excited that they are back. We have struggled especially in goalkeeping and dropped very vital points,” Omollo said as he looks forward to what promises to be a titanic clash.

Meanwhile, Posta Rangers have managed to get the signature of goalkeeper David Okello from Tusker FC to back up their team as they look to inject some more fighting spirit in the second half of the season.

“Okello is a very experienced goalkeeper and having him in the team is good for us. He will force Matasi to work harder and the competition he brings is great. Also, when Matasi is not there at least we know we have someone we can rely on,” Omollo said of the arrival.

This will mean that either Martin Musalia or Boniface Barasa will give way.

Also expected to feature on Sunday against Sharks are forwards Paul Odhiambo and Edwin Lavatsa, also signed from Tusker FC.

Omollo hopes the team manages to pick three points and move to the top half of the standings. In the first leg, the two sides drew 0-0.

“It has always been very tough for us against Sharks and we expect the same tomorrow. But we will approach this game with a positive attitude and try to get a win. They have fast players on the counter and we need to be wary about that,” Omollo noted.

The team will be without the services of Dan Kago (ankle), Jared Obwoge (arm fracture) and Kennedy Otieno (nose fracture) who are all out with injury.