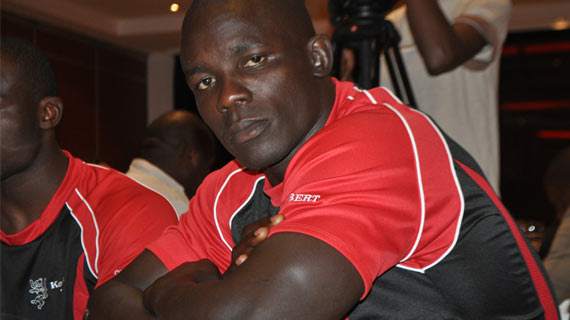 Andrew Amonde is back in the Kenya squad that departs on Saturday for the Sydney and Hamilton legs of the 2017/18 HSBC Sevens World Series.

Amonde, who missed the opening legs in Dubai and Cape Town due to injury brings back the much needed experience as coach Innocent Simiyu seeks to improve on the current 11th spot  after collecting 13 points from the two legs.

Simiyu also brings on board Menengai’s Erick Ombasa who will be making his debut appearance for the national outfit Samuel. Ombasa joins other newbies  "Smurf" Ng'ethe and Arthur Owira who debuted in Cape Town while Herman Humwa misses out.

The squad will be captained by Oscar Ouma in the absence of Oscar Ayodi who is recovering from a knee injury.

Kenya is grouped in Pool A for the Sydney Sevens with Argentina, France and Wales.