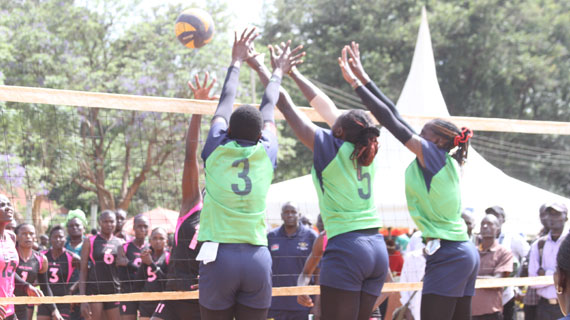 The 12th edition of the annual AMACO International tournament serves off at the Eldoret Polytechnic on Saturday.

The 12th edition of the annual AMACO International tournament serves off on Saturday morning in Eldoret with over five foreign teams expected to take part in the two days’ volleyball extravaganza at the Eldoret Polytechnique.

The men’s senior action has attracted 13 teams where GSU have been drawn in Pool A alongside Equity Bank and Bungoma County. Pool B has Strathmore University Golden Wing and Nandi County. Kenya Ports Authority will highlight Pool C where they battle against Kericho County and Faru. Kenya Prisons are in Pool D that also has Sky and Nairobi County.

In the women’s action that has attracted several foreign teams; defending champions Kenya Pipeline will be in action in Pool B that also features Bungoma County, Espoir from Uganda and DCI.

Kenya Prisons women team has been paired against KAVC from Uganda, Pipeline B and KCB.

AMACO earlier this week announced 9.3 Million shillings of sponsorship towards the event