All clear for FKF elections after SGM ratified board, code 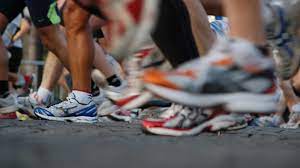 The newly appointed electoral board will set a new date for the Football Kenya Federation polls after the Special General Meeting convened on Tuesday by the National Executive Committee endorsed the five-member team.

The board will comprise of former Wazito FC chairperson Kentice Tikolo, veteran broadcaster Ali Hassan Kauleni, former referee Alfred Ndinya and Samuel Karanja. Additionally, there will be three standby members including seasoned lawyer Rachel Gathoga who might be co-opted into the board when need arises.

“We now have the board in place and it will be their duty to set up the time frame for the elections starting from the branch level going up. We expect this exercise to be completed by March,” FKF boss Nick Mwendwa said after conducting the SGM.

The board was overwhelmingly endorsed by the SGM with only AFC Leopards chair Dan Shikanda and Gor Mahia representative Sally Bolo abstaining from taking a vote. Shikanda said he had been late for the meeting and only arrived as the voting was starting and hence couldn’t make a decision.

Meanwhile, the assembly also passed the newly published electoral code which was put together after a series of consultative meetings with all the branches.

FKF was forced back to the polls after the Sports Disputes Tribunal quashed the previous elections citing lack of public participation in formulation of the electoral code as well as a poorly constituted electoral board.