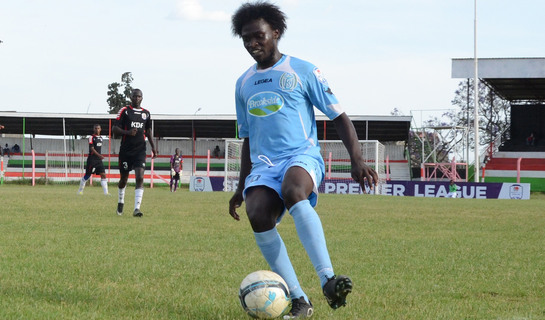 AFC Leopards new boss Rodolfo Zapata has dipped his hands into the transfer market, making his first two signings of the June transfer window with the acquisition of Thika United duo of Eugene Mukangula and Saad Musa on three and two year deals respectively.

The two played their final match for Thika on Wednesday in their 3-0 loss to Sofapaka in narok and went straight to the Ingwe negotiating table where the deals were finalized on Monday evening.

“The coach was really insisting that we get a striker and Mukangula will be a good addition to the club. Saad will also come in to solidify our midfield and we look forward to a good second leg,” AFC Secretary General Oscar Igaida said.

He has added they will still be shopping for one more striker while a midfielder and a defender are also two players they will seek to add in.

AFC is looking to break a 20 year wait for the Kenyan Premier League title and despite being nine points off leaders Gor, Zapata is confident that he can work his magic in the second leg to ensure they clinch the crown.