AFC Leopards duo ruled out for the rest of the season 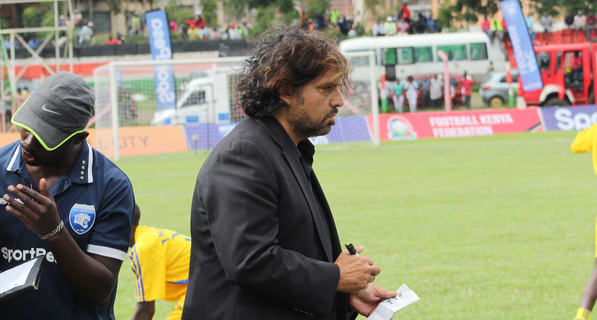 AFC Leopards left back Moses Mburu and winger Jaffary Owiti will not be available for the remainder of the season due to injury. Owiti picked up an ankle injury while Mburu had surgery on a troublesome knee strain.

Team Manager Gilbert Selebwa says the team has been hardly hit by the injury bug and will be faced with a tough finish to the season.

The entire backline is ruled out, Dennis Sikhayi, Robinson Kamura, Salim Abdallah and now Mburu. Midfielder Marvin Nabwire has returned to training but might not be available for Saturday evening’s game against Posta Rangers.

“Marvin trained this week but he is yet to reach some good fitness levels. Also, we don’t want to rush him back and probably worsen the injury. We want him to come back slowly,” Selebwa said.

The team will also be without keeper Jairus Adira who has been ruled out after picking an injury during last week’s tour of Tanzania.

Meanwhile AFC will be keen to cement their hold on third spot in the league when they face a struggling Rangers.

AFC have lost back to back games against Gor Mahia and Wazito and will be looking to bounce back in a huge way. Posta placed tenth won 1-0 last weekend away to Chemelil Sugar was a reprieve after back to back losses against Nakumatt and Sofapaka.

The first leg meeting between the two sides ended 1-1. The two sides have had close ties between them as over the last 11 encounters, only four of them have produced winners with AFC winning three and Posta once. The rest ended in draws.