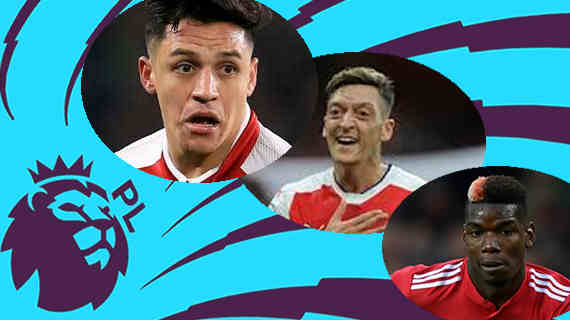 Alexis Sanchez's hyped move from Arsenal to Manchester United also brought with it good personal tidings for the Chilean as he secured a £500,000  per week Contract deal to make him the best paid English Premier League player in 2018.

Arsenal's king of assists Mesut Ozil signed a new deal worth £350,000 per week to make him the second best paid player and set a record for the London club.

After his move from Juventus, Manchester united's Paul Pogba was the top paid but he will now have to contend with third spot.

Big moneyed Manchester United’s duo-Sergio Aguero and Kevin de Bruyne- boast of fourth and fifth best with their playmaker Yaya Toure (10th) the only African in the top 10 list.