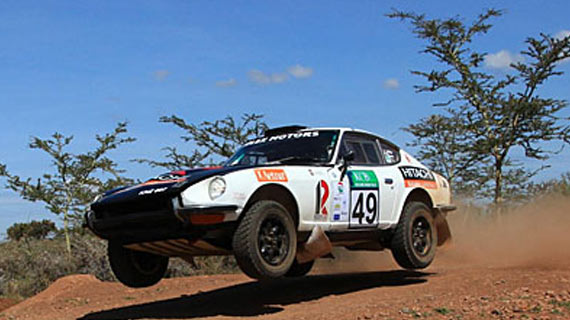 The 63rd edition of world’s renowned toughest rally Championship - the Safari Rally- has been reverted back to the traditional Easter season. This was announced on Tuesday during the official launch of the rally in Nairobi.

The rally is expected to crisscross Nairobi, Machakos and Meru Counties with over 9000 kilometers to be covered in an exhausting three day rally event.

Speaking during the launch, Phineas Kimathi the Executive Director of the Safari Rally said the rally will also be more of an endurance spectacle other than sprint as the Kenyan rally has been known to be one of the toughest in the world. He also said that the rally will adopt a new timing system to be operated using satellite technology.

The rally will commence on Friday April 3 at the traditional opening center the Kenyatta International Conference Centre KICC then head to the spectator stages at the Portland Cement before returning to Nairobi for an overnight rest at the KICC.

The machines will then head to Nanyuki through Lengetia and Loldaiga, Lewa by the outskirts of Isiolo on the second day.

At the same time, the organizers of this year’s event landed a major boost when official sponsors KCB announced a 45 Million Shillings sponsorship towards the 2015 Rally series.