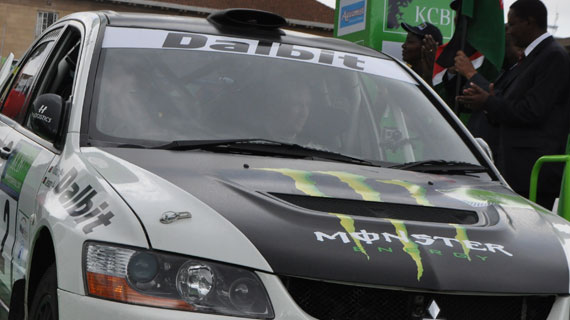 2012 Kenya National Rally Champion (KNRC) Carl ‘Flash’ Tundo is eyeing amends in the KCB Nyeri rally this weekend.The defending champion retired in the season opener in February due to mechanical problems in a race Baldev Singh Charger went all the way to win. Last month’s edition in Voi was cancelled due to the General Elections.

Tundo admitted pressure would be on his side to perform well having retired in the opener though he says he will do his best to have a clean rally and go for the top award.

“As I said a while ago the KNRC has become so competitive that any of the top 10 guys we have around can win any race. It therefore calls for a lot of luck and personal will. I am hoping for a clean triumphant rally.” said the four time national winner.

Charger leads the standings with 80 points while Ian Duncan and Azar Anwar occupy the second and third positions with 60 and 50 points respectively.