2014 Motorsport achievers to be feted 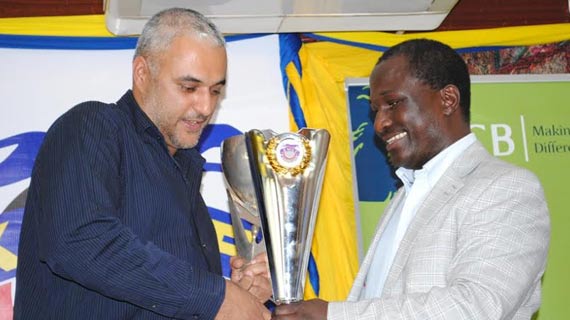 2014 Motorsport achievers to be feted

The Motor Sport Personality-of-the-year 2014 will be known on Saturday, May 25 during the Kenya Motor Sports Federation Annual Awards Ceremony to be held at Sarova Panafric, Nairobi. The event will fete all the 2014 KMSF champions as well as winners in the Merit Awards category.

The identity of the motor sport personality is usually kept secret and only revealed on the gala night.

Among those to be acknowledged for exemplary performance during the past season include KNRC Champion Baldev Singh Chager, Rally Raid buggy class /Autocross 2WD Non Turbo champion Tejas Hirani, Kenya Nationall Enduro overall champion and Shivam Vinayak who incidentally was the Kenya motor sports personality of the year 2012.

Alasdair Keith from Kisumu and coast based Tariq Maliq will be rewarded for winning the KNRC Division Two drivers and navigators titles and so are their Division 3 counterparts Karan Patel and Tauseef Khan.

Last year's National Motocross Championship saw the introduction of a new category namely “Veterans and Masters” for the “oldies” of Two Wheel. The inaugural "Vets" category was won by Tim Jessop who navigates Carl "Flash" Tundo in KNRC.