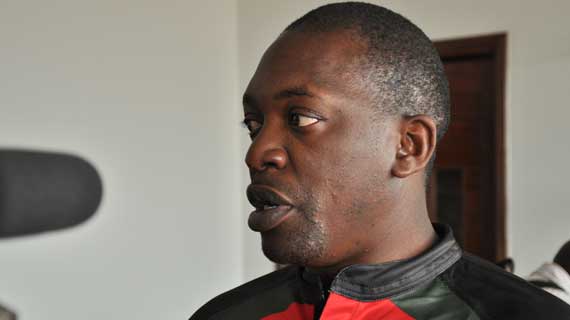 Former Kenya 7’s head coach Mitch Ochalla never missed a match during term one Kenya Secondary schools sports Association finals staged at the Mangu School. Ocholla who coaches Strathmore University says he was at the venue for the love of the sport and also to tap talents for his club ahead of the coming season.

“I am here to enjoy the game of rugby at the school level since that is the stage where stars are born. I have really enjoyed every single match since the games begun.” Ochollah told Michezoafrika.com

The former Sevens Coach says he will also be embarking on a nationwide tour of schools in a bid to unearth more talent. Strathmore has been known to pick players from secondary school games and give them scholarships, an example being Sevens player Michael Wanjala.

“In the competitions we witnessed the best schools playing in a pulsating final. However that does not mean we don’t have other players out there. As a coach I will be moving around to have  such players natured.” he noted.

The former national head coach said the government and rugby body must ensure there are facilities to talent growth in the country to ensure Kenya position in the World Series in maintained.

“Right now our players are out there flying the national flag by performing well. We want to ensure there is continuity by having ready talents from school.”  He said.