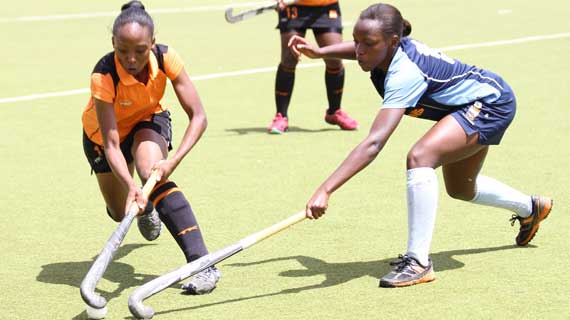 The triumphant Kenya women hockey team returned to Nairobi on Monday evening from Bulawayo Zimbabwe where they successfully defended their Africa hockey title.

The Kenya team finished top after defeating host nation Zimbabwe 7-0 in the finals to retain the cup won last year in Kampala.

"We Dedicate our cup to our sleeping sister Betty Tioni. This is a great achievement for every member of our team and we thank God for the title.” Said team captain Betsy Omalla.

Kenya’s Strathmore University finished 4th at the same competition after defeating Ghana Revenue Authority in the 3rd and 4th playoffs.