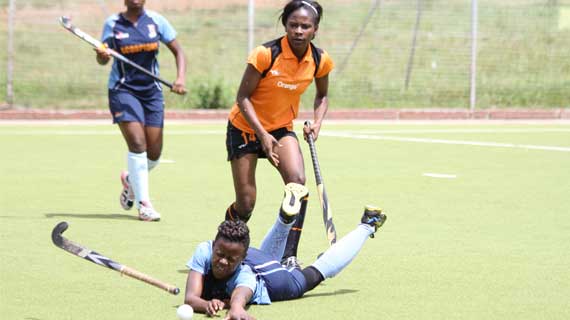 National women league defending Champions Telkom Orange on Sunday retained their title after beating hard fighting Strathmore Scorpions in the finals. Telkom needed shootouts to beat the students after both teams drew 2-2 at the end of the 70 minutes of exciting action at the City Park.

Jackline Jow opened the scores for the champions   from a short corner as Telkom led students 1-0 at halftime.

Yvone Karanja would equalize for Strathmore five minutes into the second half but the parity did not last long as Terry Juma converted from a shot corner  seven minutes later.

With 15 minutes left, Strathmore earned a penalty flick converted by Damaris Namulanda for a 2-2 score line and despite gaining numerous open chances, Telkom failed to crack through the hard Strathmore defense line as both teams shared spoils at the end of regulation time.

Betsy Omalla scored the decisive goal for the champions during the shootouts.

To qualify for the finals, Strathmore beat USIU –A 3-0 in the semifinals while Telkom were 4-0 winners over Sliders.