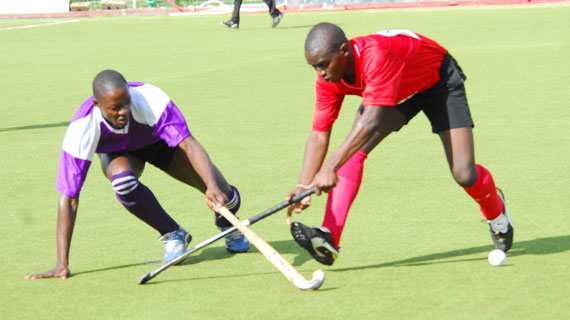 The much hyped ‘hockey on your screens deal’ does not exist, as SuperSport East Africa General Manager Auka Gacheo reveals. Auka says they have not held any talks with The Kenya Hockey Union (KHU) to televise the Kenya hockey league matches.

There have been numerous talks from KHU chairman Resham Bains on a number of occasions assuring that talks are at an advanced stage with SuperSport to have league matches televised live.

“That has to be the biggest joke of the year. We have never held any talks with the Kenya Hockey Union leave alone rumored talks. It can be shameful alleging that talks are at the advanced stage while we have not had any.” Said the general manager in an interview with michezoafrika.com.

“Our doors are always open to all and sundry for talks. They (KHU) are very much welcome to come talk to us. We have a number of channels free that can be used to promote local content.” He offered.

“That’s arguably biggest event in the country this year. I can say with authority that we have not been approached and neither anybody from the Union knows where our offices are. It could be my pleasure if such arrangements were done in advance.” He added.

The country was appointed to host the tournament which will also act as the Africa qualifier for the World Cup after Egypt withdrew as hosts. The top two teams in the men’s and women’s categories will qualify for the senior World Cup to be staged in June, 2014 in the Netherlands.

This is the second time Kenya will be hosting an international qualifier. The first were the Beijing Olympics qualifiers in 2007 in Nairobi.

SuperSport has for the last three years increased its presence in Kenya covering more matches live, most recently adding basketball premier league, FKF Division One League matches  and  the FKF Cup to its bouquet.