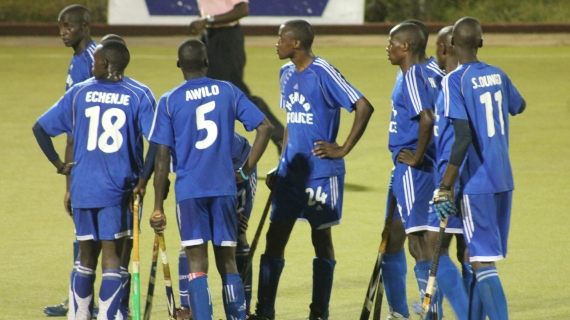 2011 Kenya Hockey Union Premier League Champions Kenya Police have dared the 13 teams in the top flight league to stop them if they can as the former champions take an early convincing lead with eyes fully targeted on reclaiming glory.

Two weeks ago the Cops, travelled to Mombasa where they beat their hosts (Mvita and MSC) and managed to bag six crucial points that took them to the summit of the league with 12 points from four matches.

Unlike in the past season where they had a sluggish start to the campaign, they have since mastered the art of leaving no stone unturned making 100% win in their opening rounds of matches.

While champions Nairobi Simba and former champions Strathmore University have flipped and dropped points the law enforcers have seen off their opponents with ease.

Perhaps their stunning exploits to the league can be attributed to the magnificent pre season they had in which they won all three tournaments that they took part in.

In February they claimed the NHA tournament followed by the Vaisakhi hockey tournament in April. They went ahead to take the KHU Super Eight crown in March and team manager Tom Odeng has spoken of the undying determination by his team to reclaim national glory ahead of the December Africa club championships.

“The players are determined to be declared the best again, the team is confident they will prevail from whatever challenge is hurled their way. The team is ready.”

“The biggest difference this year is that we worked on our mistakes in the pre season making it easier for us to move forward swiftly. We are not concerned with other teams but more so with winning all our matches.” Odeng said.

Of the four matches they have played their defence has been mean allowing in one goal while scoring 14 against their opponents. They are leading the log with 12 points six ahead of 06/07 champions Kisumu Simba who have played fewer matches.