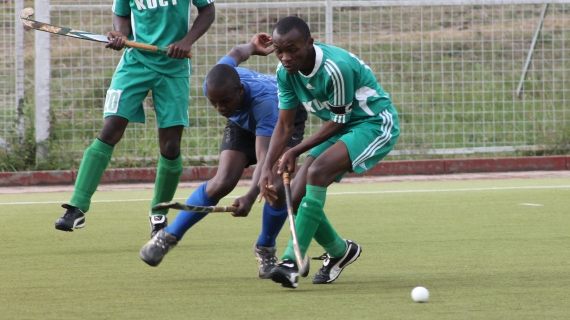 Hockey action will continue this weekend with the biggest game expected to be at the Coastal city of Mombasa with the highly anticipated Coastal derby. Having not been involved in the opening rounds of the season Mvita will grace the picth for the first time, taking on neighbors Mombasa Sports Club. Last year, MSC managed to upset Mvita, but the latter will be hoping for a different taste of fortunes when they meet again.

This weekend will also mark a milestone for newcomers Kabarak University and Homabay hockey club when they get a taste of the artificial turf in their first ever league matches lined up for the weekend at the City Park stadium.

The two teams were enjoined to the 16 team national leaguie this season and are yet to play their first matches in the new season.  It will be the first time for the two teams to visit the edel grass turf that was manufactured in the Netherlands with the latest technology in hockey pitches.

These will be among ten matches which have been planned for the weekend, across three cities in the country.

On Saturday, University of Nairobi have been tasked with ushering in the new boys on the block Kabarak University at the City Park stadium from 2pm. At 4pm, it will be Homabya’s tunr on the turf as they will be taking on Nakuru Club before Kimathi University close the curtains on the day’s action taking on Kenyatta University.

In the lakeside City of Kisumu, Former premier league champions Kisumu Simba will host Western Jaguars from Kakamega in their first league matches of the season. Simba has been the better side of the two and will be looking to continue their advantage against the Jaguars.

On Sunday all the five matches will be  played at the city park stadium with all eyes focused on the  premier league match between defending champion Nairobi Simba taking on United States International University’s Makwapa.

Simba two weeks ago survived a scare to share spoils with Greensharks  in their opening match of the season while Makwapa managed a 1-0 win over KCA.

In the men national league, leaders JKUAT with six points will play Multimedia University hoping to take their point tally to nine from three matches. Multimedia has no point having lost to Parklands 1-0 in their only match of the campaign three weeks ago.

The other matches will see UON taking on Nakuru while Kabarak will play Homabay. Mount Kenya University will wind up the weekend against Daystar University.