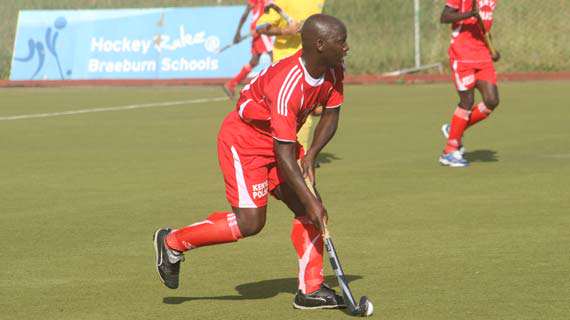 Captain Richard Birir netted with five minutes to the end as Kenya police won the annual Kishen Tournament which ended in Nakuru on Sunday at the expense of former Kenya champions’ Kisumu Simba.

Telkom Orange bagged the ladies’ category beating USIU Spartans by a similar margin in the tournament that was inaugurated last year.

Samuel Wokira supplied the ammunition for his captain to fire from close range and silence the opponents in  a tightly contested match. It was a repeat of the preliminary match between the two teams, a match that ended in a barren draw.

Police 2011 champions and current run away champions produced a master class performance going through the tournament  undefeated nor conceding a goal in the two day extravaganza in Nakuru.

The run  away league leaders with 24 points from eight games  are in great form winning their record Sixth  trophy of the calendar year more than any other club.

The Nairobi hockey league (NHA) in March, Super Eight trophy in early April , Vaisakhi annual tournament in May, Tanga Phoenix tournament in Arusha in July, Sanaa tournament in Mombasa and now the Kishen tournament expands their over bulging trophy cabinet.