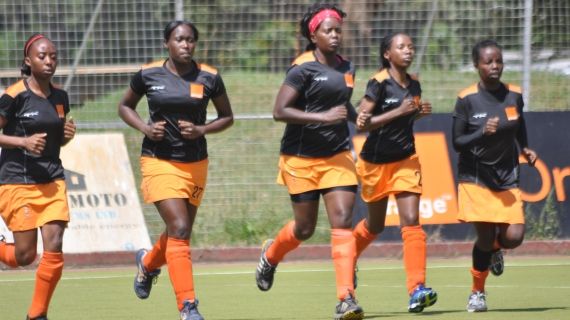 Telkom Orange ladies coach Jos Openda believes his team has the potential to win the overall team of the year award during SOYA.This comes after the telecommunication sponsored outfit emerged second runners up team category in last week’s Safaricom Personality of the year award.

“Third is pretty good for the team and myself though we want first time next round. I believe our opponents have an advantage given they take part in several tournaments and international matches.”Said the coach.

“Basically, you cannot compete favorably when you depend on the league only. Nevertheless I have faith in my team.”Said the coach.

Openda is looking forward to defending the club’s continental title when the postponed championship kicks off in Kampala Uganda next month.

“We got time to get back to serious training. The ladies will no doubt be ready to defend their title.”He said