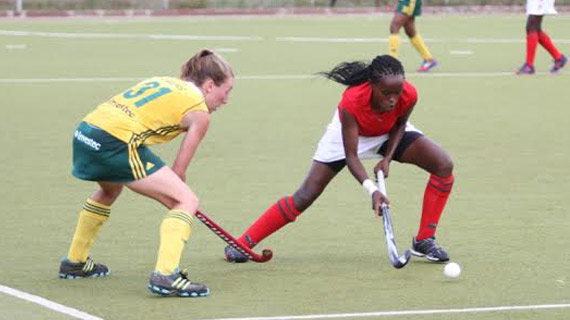 Africa Hockey Federations president Seif Ahmed has confirmed that only the winners of the Africa Cup of Nations in Nairobi will qualify for next June’s world cup to be staged at the Hague Netherlands.

The president who  is in the country to oversee the 7th and 10th edition of Africa cup of nations for women and men respectively said initially, winners and finalists were supposed to board the plane to the Hague but that has now changed.

“Yes the communication we had initially was that top two teams could get automatic qualification. However there were slight changes and amendments to that.” He said.

Seif further elaborated on the issue of lack of prize money to the continental biggest show piece saying associations can’t finance that, “Unlike football, Athletics, Cricket, hockey doesn’t have money, and most of the associations are in need of the funds. In future if sponsors come on board we might consider that.” He said.

Seif further hinted that there had been concerns to move the extravaganza from Kenya to another country first owing to the poor state of the turf a few months ago and secondly the terror attack in September at Westgate that saw the tournament postponed.

“There were calls to move the tournament from Kenya to a ‘safer’ place but then again we decided to stick with Kenya.” Confirmed the Egyptian former international player.