National hockey team to depart for Ghana on Monday 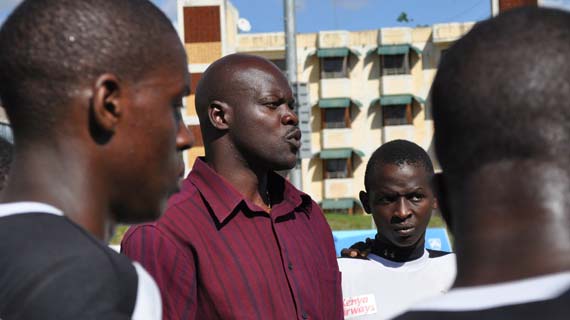 National hockey team to depart for Ghana on Monday

The national hockey teams will depart to Ghana on Monday for a one week test series starting next week at the West Africa nation’s capital Accra. This will act as build up matches for the national team preparing to host the 2013 Africa Cup of Nations in Nairobi from 26th September to 6th of October at the city park Stadium. The national teams received the invitation from the Ghanaians who are using the tournament in memory of their late president.

African teams will use the continental championships to as qualifiers for the World Cup in the Netherlands in June next year. Initially, the Africa Cup was awarded to Egypt with Kenya and South Africa as standbys, but with political tension in Egypt, the Egyptian Hockey Federation decided to withdraw their candidature and the IHF and AFHF gave Kenya the go ahead to stage the cup of nations.

“We are speeding up matters with finances with the government to see the team travel to Accra early next week. Our priority is to see the team get the best possible preparation before we host an event of such big magnitude.” offered Kenya hockey union second vice chairperson Ellyna Shiveka.

Shiveka said the team will be in Ghana for seven days where they are expected to play in a number of matches with the host nation before jetting back. Strathmore University head coach Meshark Senge is the national men head coach while Fidhelis Kimanzi is coaching the ladies team.