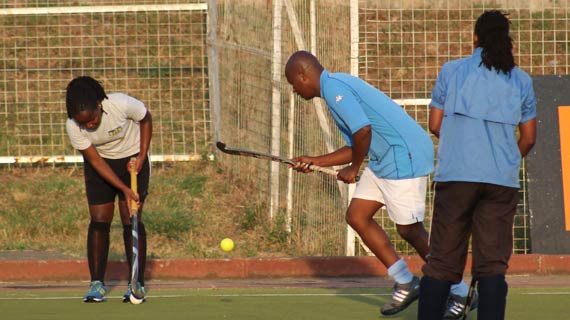 The eagerly awaited 2013 Africa Club Hockey of Nations has been postponed to a later date. The tournament that was supposed to kick off today, September 26 had initially been pushed back by a week to October 1st but on Thursday, the Kenya Hockey Union KHU announced the latest changes owing to the recent wave of insecurities in the country.

The championships were to be double as a world cup qualifier to be held at the Hague Netherlands in June next year.

To this effect, the national team has broken camp from the Kenya Education Management Institute (KEMI) until further notice.

A source at the KHU said that they have forwarded the proposal to Africa Hockey Federation (AFHF) which will then forward it to FIH whose approval is subject to the security
situation in the country.

“We have been forced to make changes owing to the unpredictable wave of insecurity in the country. We have proposed 24th of October as the dates for the championships. However this date is subject to approval by AFHF and FIH.” Said the source.

Tanzania ladies had arrived in the country on Tuesday and will have to pack their bags and head back home due to the developing changes.