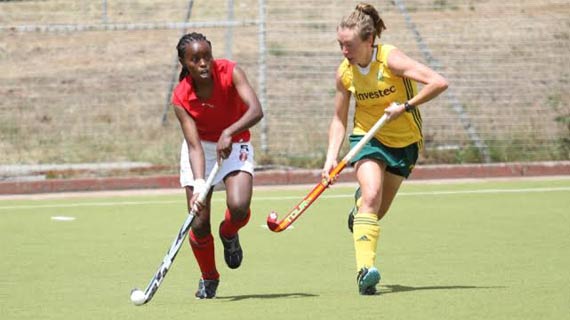 Federations of International Hockey president Leandro Negre has urged  Kenya and other African nations to join the World hockey league saying it is free for all and not selected nations.

He called upon the National Hockey Federation KHU not to shy away from taking part in the world league emphasizing that it is the way to go in an aim of developing hockey in the country.

Perhaps of more importance in courting Kenya, FIH will cater for financial burdens Flight tickets and accommodation for the teams taking part in the league for one year.

“It’s not possible for FIH to work directly with national associations. Hockey cup of nation’s lies in the jurisdictions of the Africa Federations hockey AFHF .It’s up to them to organize such continental events. The only way we can help is finance for low nations to participate in officials FIH events.”

“The world league is a very important event for us. It’s an event open to all national associations. I am ensuring one year we can allocate money directly for these national associations to participate.  I can only help in our own event and not Africa cup of nations.”Said the Spaniard.

In the executive AFHF committee meeting held in Nairobi, he challenged the nations to come up with accountable and transparent leaders who will not shy away from working with the world body.

Negre said they have laid down structures and strategies that will be key in aiding other nations up their game to match with other nations in the world.

“Last year FIH’s approach to the sport was point on especially to India, a key component in world hockey. I can confirm we have good economical resources in India to help other countries in the world especially Africa where the future of the sport lies. We need to lay down proper strategic plans.”He said

The 67  year-old says , “financial aid to Africa vis avis development was my main agenda when I was elected for the first as the president. There is need to have a strong continental office because they know the national associations more. A very good professional staff will be the first step.”